The Official Language of the Olympics – Here’s a Hint: It’s Not Greek

You’re watching the Olympic games and events, and you notice that the information and announcements are presented in three languages. While you’re waiting to hear the event results in your language, you wonder – if the Olympics are Greek in origin, why is the official language French? And why is French always the first language, no matter where the Olympics are held?

It all traces back to Baron Pierre de Coubertin, who founded the International Olympic Committee (IOC) in 1894. Interested in uniting the world in friendship and peace through sport, he envisioned a revival and remodeling of the ancient Olympic Games and worked hard to make it happen, starting with the first modern games, which took place in Athens in 1896. 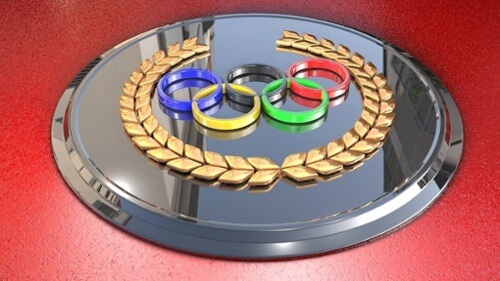 Rule 23 of the IOC Olympic Charter addresses the languages of the Olympics:

The Three Languages of the Olympic Games

French: The first official language of Olympic events, French was Pierre de Coubertin’s native language. Perhaps more importantly, it was considered the language of diplomacy when the IOC was established. The IOC has also been headquartered in the French-speaking Lausanne, Switzerland, on the shores of Lake Geneva, since 1915. These factors add up to French being the first official language. In this case, first means that French takes priority over other languages used in Olympic announcements or communications.

Host Language: The third language spoken at Olympic events is the language of the host country, unless that host country speaks French or English. In that case, only two languages are spoken in announcements. 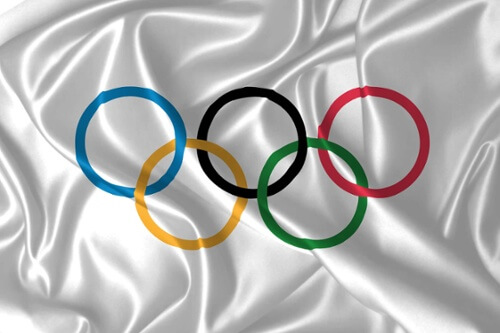 More Fun Facts About the Olympics

The ABCs of Parade Order - If you’ve ever wondered about the seemingly random order of the nations entering the opening ceremonies, rest assured, it is in fact organized. While it may not seem like it, the countries enter in alphabetical order. The difference is that the alphabetical order follows the host country’s alphabet.

The only countries that do not follow that order are Greece, given the honor of first entry due to the origins of the Olympics, and the host nation, who always enters last.

The Four Year Interval - Ever wonder why the Olympics are held on a four-year schedule? It goes back to the ancient Olympic Games. The ancient games were held every four years at Olympia. The ancient Greeks used that four-year interval to measure time; they counted the passage of time in Olympiads instead of years.

The Five Rings - The Olympic rings are well known, but what do they represent? The five interlaced rings and their colors are symbolic, but the colored rings don’t each represent a specific country.

Instead, the interlocking rings themselves represent the union of the five continents where participant countries are located. The five colors – blue, yellow, black, green, and red – plus the white background, represent the colors of the flags of all nations as of 1913, when the symbol was created. The colors and rings are intended to symbolize how athletes from around the world meet at the Olympics.

A Vision to Connect People Around the World

The vision of the IOC is to build a better world through sport; to this end athletes from around the world are invited to compete as well as build friendships and connections with other athletes from around the world. Finding common ground among the many languages spoken while honoring the language and culture of the host country takes planning, thoughtfulness, and skill.

Here at Rapport International we have a similar mission and vision:

We use the same type of planning, thoughtfulness, and skill as the IOC to provide language services for your business or institution to help you connect with your audience, no matter the language. When you need a partner to help you communicate, give us a call.