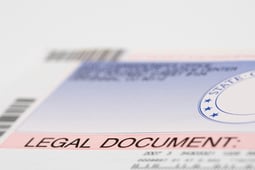 The best way to avoid the costs and embarrassment that can result from bad translations and interpretations is to hire a high-quality, experienced language services company.

In 1840 the Maori tribe in New Zealand signed a treaty, the Treaty of Waitangi, with the British government, but the treaty signed by each party was not the same due to a bad translation. The treaty, as written by the British government, stated that the Maori were to “cede to Her Majesty the Queen of England absolutely and without reservation all the rights and powers of Sovereignty.” The English treaty was translated by a British missionary, but the translation did not correctly convey the intent of the treaty. The treaty the Maori signed stated that the British would provide governance, or a legal system, to the Maori but that the Maori would continue to rule themselves, and would not be giving up sovereignty to Britain. This error in translation has resulted in continued disagreement and negotiations many years and generations later.

Witness testimony during trial can make or break a case. The words a witness uses are significant, so even the slightest change can alter the meaning or feeling that witness intends to convey. When a witness speaks a different language, courts often utilize the services of an interpreter.  Court interpreters should be trained in how to correctly interpret testimony or a deposition, so as to not change the meaning or intent of a witness’s statement. For example, if a witness says someone was “very emotional”, but the interpreter says “emotional”, this may not change the meaning of the testimony but it does change the intensity or feeling, which can in-turn influence a verdict.

In 2014 in South Africa, the trial of former Olympian Oscar Pistorius was plagued by inaccurate interpretation of Afrikaans speaking witnesses. Pistorius was accused of the murder of his girlfriend, famous model Reeva Steenkamp. In South Africa, an accused has the right to be tried in their native language. Oscar Pistorius speaks English as his first language so the trial would be conducted in English. Several key witnesses spoke Afrikaans as their native language, so the court appointed interpreters for these witnesses. The interpretations provided by these interpreters were so poor and inaccurate that the witnesses and the lawyers had to stop and correct the interpretations several times. Several of the witnesses were so frustrated by the inaccuracies that they started testifying in English midway through their testimony so that their words would not be wrong. The issue with witnesses testifying in a language that is not their first, is that they may struggle for the correct word or just use a “similar” word that comes to mind, and this can change the feeling and intent of their testimony.  In the end the witnesses were able to get their statements across, but during the trial there was concern that the bad interpretations would influence the verdict. Plus, professional interpreters in South Africa felt the trial had a negative impact on the reputation of all court interpreters in the country. Read more here.

Many companies today are looking to do business with companies in China. When coming to business agreements, the drawn-up contract must read the same in both languages, otherwise there will be confusion, disagreements and delays. Today in China approximately 5% of all contract disputes are because of bad legal translation. Contract disputes often involve disagreements over which party is responsible for what duties, and how profits are dispersed. Take for example the 2011 dispute due to the English word “drydocking” being translated to “tank washing”.  Also on this same contract the sentence “Except fuel used for domestic service” was translated as “Except fuel used for domestic flights”, two very different meanings. These differences in wording not only delay transactions, but they cost both sides money while trying to renegotiate terms to be consistent in both languages.

The American NSA recently declassified documents from WWII that show that a bad translation may have led to the dropping of the atomic bomb on Hiroshima, and the deaths of approximately 100,000 people!  In 1945 the allies sent a strongly-worded surrender document to the Japanese Prime Minister, Kantaro Suzuki.  In the following days reporters pressed Prime Minister Suzuki for Japan’s decision. In response to the pressure, the Prime Minister commented using the word Mokusatsu, which is derived from the Japanese word for silence and can be translated in different ways. The Prime Minister meant for the term to mean that he was “withholding comment”, or had "no comment," to the questions being asked.  But foreign translations attributed a harsher meaning to the word, and quoted the Prime Minister as saying the ultimatum was “not worthy of comment”, or in other words it would be ignored. Having delivered the surrender document with the promise that a negative reaction from Japan would result in “prompt and utter destruction,” the presumed reaction from the Japanese Prime Minister was not received well by the allies. Just 10 days after this bad translation the bomb dropped on Hiroshima killing 70,000 instantaneously, and some 100,000-total due to after-effects and radiation. Had the translation mentioned the ambiguous nature of the word mokusatsu, or if Prime Minister Suzuki had used a less vague word, maybe the devastation could have been avoided.  Read more here.

To avoid situations like these, the best language service providers will provide legal translation services that are performed by linguists with a background in, and knowledge of, the subject matter being translated.  They will also offer editing and review of the documents, either internally or with an independent reviewer, to certify that the translations are accurate and that they convey the correct message.  If there are any questions on the meaning, the translator knows to ask the source to clarify so the correct meaning is communicated. Rapport International not only provides these safeguards, but we guarantee our translations 100%. We will continue to work until the translation is accurate and conveys the appropriate message to the reader.

Rapport International is a full-service translation and interpretation company specializing in the legal field.  Translation services are available worldwide.  High-quality, professional in-person interpreting is available in Lincoln and Omaha Nebraska and surrounding areas, as well as in Massachusetts.  Please contact us for assistance and guidance with your interpreting and translation needs.