With all the available free and cheap translation available, it is good for you to remember that sometimes, high quality translation is important. Here are some of the risks you take by not hiring a professional for your translations.

In this blog, I only discuss the risks. If you want to know how to get a high-quality translation read 8 Considerations for Getting High-Quality Document Translation.

Many times, I hear people say that they have internal employees or distributors translate their materials. It seems easy, rational, and less expensive. Yet it is not. The opportunity cost of taking them away from their primary job and the risks of their translation skills cause problems.

In the podcast episode with Randi Rogers, she explains how having their in-country marketing person translate their materials led to a loss of a whole week of marketing and sales activities.

In an upcoming podcast episode with Zach Selch he explains that your distributors opportunity cost and lack of prioritization might not get you the business you plan.

From personal experience, we see it occasionally. We had a client ask us to review a translation done by an employee who completely changed the meaning of the material. If they had not asked us to review it, they would have never known.

Professional translators quote dictionaries; are grammar fiends; research to capture messages accurately; and understand the liability of a poor translation. Unless your internal employees or distributors are trained translators, let them do the job they were hired for and get your translations done professionally.

Title VI of the Civil Rights Act of 1964, which prohibits discrimination based on national origin, and 2000’s Executive Order 13166, which affirms Title VI’s language access requirement, require organizations that receive any federal support to provide language access. The DOJ maintains a website, www.lep.gov, that gives information for recipients of aid about furnishing language access. Basically, it is the law. But there are examples where organizations get into trouble by not providing services.

For example, NY police failed to translate papers filled by a woman that said she feared her husband would kill her and her two daughters. Months later, they were stabbed and killed. In the lawsuit, it became apparent that often when victims of domestic violence do not speak the language, they fail to get the protections that they need. By law, all people in the US should have the protection of the police. Read more about the lawsuit in a NY Post article.

Just as lawsuits can happen to the public services entities not providing language services, they can also happen to commercial operations.

Universal Studios was sued by a Guatemalan family after their 38-year-old father suffered a fatal heart attack after he got off the Skull Island: Reign of Kong attraction. He had previous heart issues, only spoke Spanish, and could not read the English warning signs. The suit stated that since Universal Studios attracts international travelers, it is not unreasonable to have warning signs translated into Spanish, and French so visitors can make informed decisions about whether they should go on the ride. A recent update to the lawsuit by US News claims that this lawsuit could end up requiring all US theme parks to require warning signs in Spanish.

Losses don’t just come from lawsuits. Imagine translating your tagline into offensive words or a misrepresentation of what you do. A huge company, HSBC Bank learned the hard way when they launched a $10 million branding campaign that flopped. Their catchphrase "Assume Nothing" was mistranslated as "Do Nothing" in various countries. Read about this and other translation mistakes – 9 Little Translation Mistakes that Caused Big Problems.

Well, there are two words where it can cause a real problem in medical situations if you try to apply this rule.

Embarazado – instead of meaning embarrassed, it means pregnant.

Intoxicado –doesn’t mean intoxicated or drunk to Cubans, instead it means “something is wrong because of something I ate” – like an allergic reaction to food.

In a malpractice suit, an 18-year-old passed out and his family raced him to the hospital. He woke up a quadriplegic because the hospital misdiagnosed an intracerebellar hemorrhage and did not call in a neurosurgeon for two days while he lay unconscious. The lawsuit asserted that if he had received appropriate care, the patient would have walked out of the hospital. At the center of the confusion, was the misunderstanding of the word “intoxicado”. The medical staff treated him as if he had a drug overdose. Complicating the matter is that even though the family knew the young man was an all-star baseball player and never took drugs, when the doctor suggested that it looked like a drug overdose, they didn’t correct him because culturally Cubanos tend to believe and not argue with doctors. Neither party requested a professional medical interpreter because they each thought that they were being understood. Hospitals are required to provide professional interpreters to prevent issues like this from happening.

If you don’t test your campaigns, you may run into problems in the marketplace. You see these stories all over the internet.

For example, Nike lost business when they launched the Nike Air Max 270 shoe with script logo on the sole. The text resembled the Arabic word for Allah. This offended many buyers, so Nike issued an apology and pulled the shoes off the market.

Or, the story of Proctor and Gamble. In the US, we have a story that storks bring babies, yet in Japan their folklore says that newborns arrive courtesy of giant peaches floating down the river. When P&G tried to sell Pampers in Japan with an image of a stork delivering a baby, the imagery confused consumers and sales suffered.

For even more of these types of stories, read Translations Gone Bad – Research Before Exporting.

If you are not careful about who you hire to do your translation, your confidential information may be spread all over the internet. A Norwegian news agency, NRK discovered a massive privacy breach with internal information exposed on the internet. They found “plans of workforce reductions and outsourcing, passwords, code information, and contracts” that had been translated on Translate.com. Slator researchers did a Google search and uncovered “an astonishing variety of sensitive information that is freely accessible, ranging from a physician’s email exchange with a global pharmaceutical company on tax matters, late payment notices, a staff performance report of a global investment bank, and termination letters. In all instances, full names, emails, phone numbers, and other highly sensitive data were revealed.”

Translate.com states that users should read the fine print that says they “will use reasonable measures to protect any content you provide to us for the purpose of completing the Services,” and they “cannot and do not guarantee that any information provided to us by you will not become public under any circumstances. You should appreciate that all information submitted on the website might potentially be publicly accessible.”

If you have confidential information, do not use Translate.com or Google Translate. In addition, make sure a prospective agency is not crowdsourcing for your translation and have a confidentiality agreement in place. 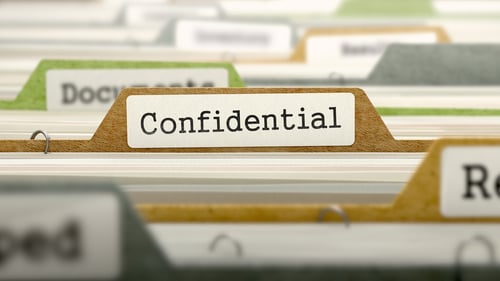 #8 Incorrect Translation can Destroy your Business

Embarrassment, loss of money, lawsuits – all that sounds horrible. Yet, how about completely losing your business?

In 1994, Commodity New Service announced rumors about a Japanese bank planning on taking over the US bank, Continental Illinois. Instead of accurately translating the word rumor, the Japanese translator wrote disclosure. The translation signaled that it was a certainty rather than a possibility. Upon the release of the news, the banks depositors and creditors withdrew all their money leading to a lack of confidence in the bank. Even though the US FDIC and the Federal Reserve Board deposited billions of dollars into the bank to reassure deposits, it was too late. All in all, the US government spent over $8 billion on the bank and the Federal Reserve was forced to take over. The translation mistake over a single word caused massive unnecessary bailout spending, panic with the bank customers, and loss of control for Continental Illinois. Read the full story.

Also, in the upcoming Global Marketing Show podcast with Zach Selch, he talks about the delay and loss of business by selling in a market with poor translation.

You know those funny instruction manuals that you get with new products. The translations can be quite amusing. But bad translation mistakes can lead to dangerous situations.

In the 90’s, an English instruction manual for a bread maker was translated into German. The translator mistranslated the word steam (Dampf) into smoke (Rauch). Unfortunately, a defect caused the product to overheat and release clouds of poisonous smoke. Users relied on the instruction manual and thought this was normal, causing their kitchens to fill with noxious fumes. Ultimately, the manufacturer had to pay compensation to affected users and recall the product. This was a huge risk to users and a big loss to the company – all over a bad translation of one word in the instruction manual. Read the full story.

It’s heartbreaking to me to say that death can, and has, resulted from bad translation. If you don’t know the story about “mokusatsu” and World War 2 check out our blog Legal Translation & Interpretation - Mistakes can be Costly.

Another sad example happened in San Juan, Puerto Rico in an office building that had a gas explosion where 33 people died, and more than 80 people were injured. After reports of the smell of gas, employees of the San Juan Gas Company sent crews on multiple occasions. Although the employees went through training with a bilingual trainer, the investigation found that it seemed that the trainers told the employees to refer to the training manuals when there was a gas leak, yet the Spanish manuals either did not have complete information or that the Spanish translations were incorrect resulting in the catastrophic accident. It continued to say, even if the manuals were correct, the Spanish speakers were not tested on the more complex or unusual tasks during their training. Bottom line, the report referred multiple times to communication issues and said that Spanish speaking trainers and materials are necessary so that "critical technical information is not lost in the translation process." Read the full story.

As you can see, translation mistakes can cause serious problems so choosing your language services provider is a key decision to minimize risks and liability and keep your organization safe.

Rapport International specializes in multilingual communications, providing language translation and interpretation services that are accurate and culturally appropriate.  We use the right voice, correct terminology to avoid liability, customize services to your needs, and deliver on time and within your budget. And with our 100% satisfaction guarantee, you can trust that it’s done right.  Contact us today if you would like more information or to get a free quote.