Google Translate – What’s the Worst that Can Happen?

In the United States, a tagline like “Driving Matters!” brings the popular car company Mazda to mind. Yet in Japan, that company’s tagline is “Jinbai Ittai.” This phrase captures the feeling of a horseman warrior, riding across the plains totally in sync with his horse, or “the oneness of horse and rider.” Mazda wanted the tagline to evoke the energy and passion you feel when you drive their cars. Had their marketing department used Google Translate to convert their tagline to English, they would have sent a much different message to their US customers.

On three separate occasions, I put “Jinba Ittai” into Google Translate to see what it would come up with. The “oneness of horse and rider” translated to the following:

Fortunately, the marketing team at Mazda researched the best way to adapt their tagline for the US: human translation. You may be thinking that taglines are pretty specialized, so it makes sense that they benefit from human translation, but what about other text? How does Google Translate do with everyday language?

The Limits of Google Translate

I recently had the opportunity to read Trevor Noah’s Born a Crime. This award-winning comedian and host of The Daily Show on Comedy Central wrote a book about growing up in poverty in South Africa under the shadow of Apartheid.

In it, he explains the meanings of several words that were part of his everyday language. I was curious, so I entered a few of the terms into Google Translate, to see if the definitions would agree with Mr. Noah’s explanations.

The results were less than impressive. This comparison shows that Google Translate is -at the very least- limited in the depth of its translations and doesn’t take cultural understanding into account.

Here’s another example. When interacting with foreign colleagues, you might find yourself experiencing what the Japanese call yoko meshi. This phrase describes the stress of speaking a foreign language. This is very understandable. Yet if you rely on Google to translate this phrase for you, it could in fact increase your stress. It translates yoko meshi as “horizontal.”

Take a peek at some more examples of words from other languages that don’t translate directly into English, and how Google Translate handles them. These words have become particularly relevant during the COVID-19 pandemic.

The pandemic might make us experience a feeling that the Portuguese describe as saudade. Saudade is a strong, melancholic feeling of loss or memories of a time past. Google sums this up as “longing,” which does not do justice to the depth of feeling this word evokes.

One of the positive aspects of staying at home is the chance to explore the concept of hygge. Hygge is a Danish word that evokes a feeling of coziness, whether it’s snuggling up by the fire with your favorite book or a relaxing, candle-lit bubble bath. Google Translate defines hygge as “fun.” This translation fails to describe that feeling of coziness.

The Finnish have a word that suits the current times as well. Kalsarikännit means that you are getting drunk at home, alone, in your underwear, with no intention of going out. But don’t use Google Translate to talk about this with your Finnish friends! Google defines kalsarikännit as “buttocks” when you use a capital “K” and “pantyhose” when you use a lower-case “k.” Either one of those translations might get you some strange looks from your friends!

Let’s look at redneck. For English speakers in the United States, the term redneck refers to someone who typically lives in a rural area and is seen as being unsophisticated and crass. When I ask Google to translate redneck into Arabic, German, and Spanish, I get answers that are very different.

This shows that Google is equally limited in its translation capabilities, both from other languages into English and from English into other languages.

An experienced human translator with cultural knowledge will know how to translate and adapt these types of words to maintain the intended meanings.

When I purchased a translation company in 2004, the idea of machine translation was scary and exciting at the same time. Would it put the company out of business, or would it make our jobs easier? Since then, Google has refined and improved Google Translate and launched a plugin for websites (read why NOT to use the Google Translate plugin). This gave monolingual speakers the ability to offer content in many different languages. The more we learn about machine translation, however, the more we see that there are issues that come with the opportunities it offers.

The Downside of Google Translate:

Having a clear understanding of the limitations of Google Translate will help you decide if it will work for your purposes. 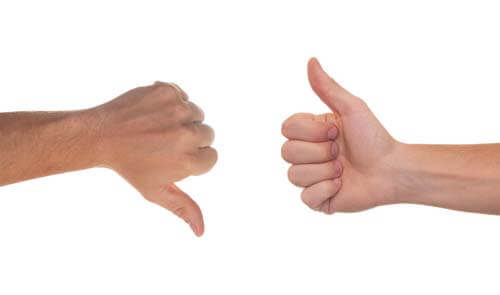 The Upside of Google Translate:

So yes, there are definite issues with relying on Google Translate. But that doesn’t mean that I don’t use it myself or recommend Google Translate to others. Sometimes using machine translation can be both appropriate and effective, like in these situations: