The popularity of machine translation such as Google Translate has soared in recent years. The tool is easily accessible online for users to paste in their messages and instantly receive a free translation in any language they choose. Additionally, many websites now use the free plugin tool as their method of providing a translated website. Currently, there are over 2 million websites that use the Google Translate plugin and over half a million of those are US-based.

Most people use the Google Translate website plugin because the translation is fast, easy, seems to be right, and because other websites are using it too (so how bad could it be). However, there are downsides that can’t/shouldn’t be ignored. Google Translate only provides a gist translation that’s often not high quality. There is a risk of liability depending on your industry or regulations if the translation isn’t precise and accurate. Some words have more than one meaning in other languages and this may lead to confusion if they are not translated properly. These concerns are just the tip of the iceberg. Read more in our blog Why NOT to Use the Google Translate Plugin.

Language is constantly changing and being updated. Webster dictionary adds thousands of words each year and words that have gone out of use are removed. Words like hodad (meaning a surfer poser), that were popular in the 60s, aren’t used anymore and are removed from the language because they’ve become obsolete.

Nowadays people use abbreviations a lot more when they communicate. It’s impossible to scroll through social media without coming across abbreviations like LOL, BRB, AFK, TTYL, IDK, and OMG. If you look today, Google Translate is able to correctly translate OMG into “dios mio” in Spanish as well as a couple others of these popular abbreviations, but if you try to translate BRB or AFK, it has no information.

Additionally, new words are also formed from experiences. For example, a few years ago Zoom fatigue was unheard of, but it’s a common phrase now. 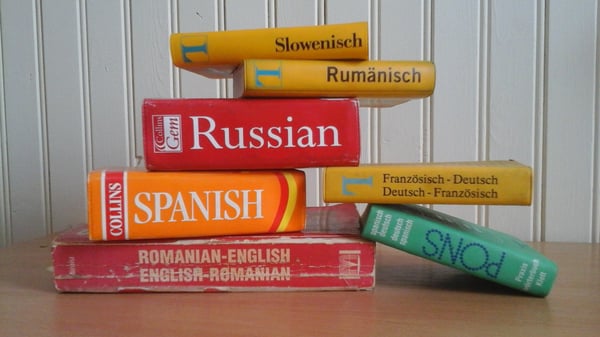 Machine Translation Isn’t There Yet

Machine translation is useful for short phrases or single words, or to translate a short email or paragraph to get a gist of what it says when you only need an understanding. Yet if you need a quality translation, you need to know these 12 challenges that you may encounter when using machine translation.

An article is a word that defines a noun. ‘The’ and ‘a/an’ are used in the English language but may not be used in other languages. Some languages like Spanish also have masculine (un/el) and feminine (una/la) nouns. These variations in languages may pose a challenge to machine translation.

The standard for plurals is to add -s or -es to the words. There are also words with irregular plurals like mouse/mice and knife/knives. However, some words are spelled the same both in singular and plural forms. An example is the word fish. The plural can either be fish (if they are the same species) or fishes (different species). In instances like this one, Google Translate won’t know the difference between a singular or plural, and a human translator can translate the words more accurately.

Some words have more than one meaning, a machine may translate the wrong meaning and the end-product won’t make sense. An example is the word head which has several meanings - the body part, a leader, or it’s also slang for a ship’s bathroom. I tried translating this sentence on Google Translate- I’m going to the head (meaning bathroom) to Spanish. The result I got was - Me voy a la cabeza. Cabeza is the head of a person or animal. Although the individual words were translated correctly, the sentence was wrong.

In the English language, verbs are in the middle of sentences but are found at the end of sentences in other languages. Adjectives are used before a noun but in other languages like French, most adjectives are used after a noun. For example, a blue car is une voiture bleue in French. For simple sentences, the translation is correct but the word order is harder for machine translation to get correct when a sentence is more complex.

This isn’t as common in the English language. However, it’s important to understand how conjugation happens (especially with irregular verbs) in other languages to accurately translate the material. For example, in the Spanish language when you conjugate a verb to refer to “you” there are two different forms of “you”; a formal you (usted) when you are speaking to someone of higher status or who you don’t know well, and an informal you (tu) for a friend or person you have a relationship with. The machine will not know which “you” you’re referring to and could get it wrong.

Some words and phrases have different meanings depending on where they are used. An example is the phrase- Anda cartale a Gardel. In Argentina, it means leave me alone. However, if you use Google Translate you get - Go sing to Gardel. Carlos Gardel was a famous singer and actor. This shows that machine translation may not always pick up the local meanings of words or phrases.

An idiom is an expression made up of words that don’t necessarily convey the intended message in a literal way. For example, in English we say “it’s raining cats and dogs” to mean it’s raining very hard outside. The sentence does not mean what it literally says, there are not actually cats and dogs falling from the sky. Since Google Translate translates words, idioms are often mistranslated. An example is the Canadian French idiom- J’ai le feu au cul! This means I’m pissed, but Google translates it to "my a** is on fire."

This is important for ads and marketing campaigns. Most campaigns have short catchphrases and without knowing the intended message, machines can mistranslate the message.

A good example is the Got Milk campaign a few years ago. It was a very catchy campaign that worked in English, but when translated to Spanish it became “Hay Leche?” which means “Are you lactating?” When working on creative messaging, companies should make sure that the translation is done right so that the intended message is not lost. 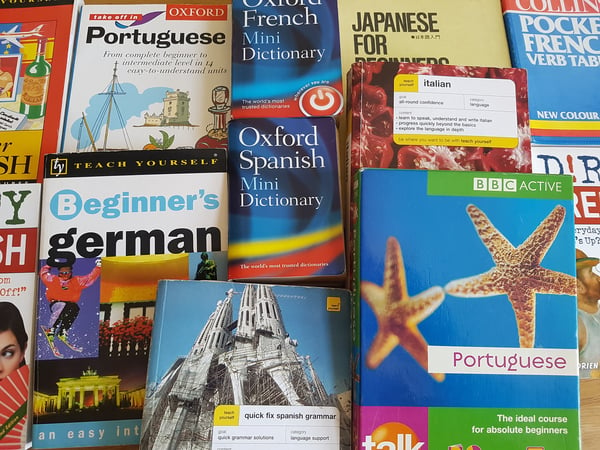 There are over 6,000 languages in the world today and countless more cultures. Some words may have different meanings when used in different cultures. Human translators can pick up on these cultural differences when translating material.

In Japan, Mazda’s tagline was Jinba Ittai, which means person and horse as one body. The phrase shows the unity between an archer and his horse in Yabusame, Japanese mounted archery. This is a perfect tagline in Japan as it demonstrates Mazda’s values of feeling as one with your car and people can relate to the tagline.

When this tagline was first used, Google Translation translated Jinba to danger. Since then it has been corrected, but when a tagline is new, the tool can get it very wrong. Additionally, the message Jinbai Ittai doesn’t relay the same feeling in the US market because the culture is different and there is no cultural marriage between an archer and his horse. Because the message didn’t translate well, the Mazda team had to come up with a different tagline, and that’s how the famous Zoom-Zoom tagline was born.

In translation, it’s important to remember that some words can be used interchangeably in a sentence and others have specific meanings. In the US pop, soda pop, coke, and soft drink all refer to the same beverage. However, in Germany soda means sprudel, and soda pop means lemonade. You have to know the specific meaning of the words to avoid miscommunication.

Some words have different meanings depending on the context. The word immaculate is used in the phrase immaculate conception where it means free from sin, yet it also means very clean or tidy, as well as perfect or flawless. When you translate this sentence using Google: My son’s room is immaculate, you get: my son’s room is irreproachable (Russian), and my son’s room is soft (Hindi). Because of multiple definitions and no clear translation into these languages, neither of the two are correct, they don’t capture the original meaning.

Slang has added different meanings to some words. This poses a problem for machine translation because some of these words are generation-specific. For example, when someone is thirsty, that means that they need to drink water. It also means a strong desire for attention. Salty means having excess salt, but the slang meaning is irritable. Languages change often and machines may take a longer time to catch up than human translators.

Despite these challenges, Google Translate can be useful in several situations.

Google Translate has a place when a quick “loose” translation is enough, but when you want or NEED to ensure high-quality translation because business reputation is on the line, you need professional human translation.