You've got a brochure in English and now you need it in another language. It's easy to do, right? Maybe not as easy as you’d think.

Editing a brochure from one language into another takes someone with special knowledge to be able to do it accurately. A person who specializes in this is called a foreign language desktop publisher (FLDTP), and they have specific skills.

An experienced FLDTP knows all the same design programs that a single-language designer knows, but they're also very familiar with languages. Rapport International’s foreign language desktop publisher speaks five different languages. This allows her pick up on errors more easily and she is better able to layout the design in the new languages.

In addition to knowing the languages, a FLDTP has to understand culture. If there's any question about color interpretation, visual references or the way something is presented, the foreign language desktop publisher will bring questions to the client and will make recommendations to make sure it's culturally appropriate.

A designer has a different skill set. They are creative professionals who know how things put together, they know how to move the elements around to make the final product most visually appealing. A foreign language desktop publisher isn't so much a creator of a visual product, they're more of a cultural advisor who make sure the language is correct.

How to Prepare Your Materials for Foreign Language Publishing

If you are creating a brochure and you know it's going to go into multiple languages, there are some things that you can do in advance to make sure that it will work well in other languages.

Use Simple Design Elements. For example, don’t embed text in graphics that will need to be translated into the new language. This causes longer turnaround times because the FLDTP will need to pull the text out and redesign the item for the new language. Also, when you get into foreign language desktop publishing, you may have to move things around and adapt design elements to make the layout work.

Leave Space. When you translate from one language into another language, the translation can be up to 30% longer, therefore it will need more space. For example, take the Volkswagen tagline Fahrvergnugen. In English it means "the pleasure of driving." In this case, one word in German translates to four words in English, or 13 letters to 23 letters and spaces, and so it takes more space to say the same thing. A foreign language desktop publisher appreciates a designer who's built in extra white space allowing for expansion.

Don’t Start until the Copy is Finalized.  Don’t send the project to the FLDTP until the copy is translated and finalized. If you start doing the layout and there's still edits coming on the translation, then it causes issues with version control. It's best to wait until you have finalized the translation and then send it to your FLDTP.

Plan Ahead. Finally, you need to plan enough time for the FLDTP process because it's not as simple as pulling the original language text out and dropping in the translated text. The process of inserting, formatting, fitting the text AND ensuring the cultural appropriateness of the colors, images, graphics and layout takes time. Your FLDTP will provide a timeframe for completion once they assess the original layout.

What Issues Could Arise with Foreign Language DTP?

Here are some issues, and their resolutions, that your FLDTP could run into:

Issues with the Font. As a designer, you want to make sure that you're picking a font that carries over into another language. If the designer chooses a font that does not exist for the new language, the FLTDP will have to change the font in the entire document which could change the look and feel. In addition, some fonts don't have the special characters needed in some languages such as accents or tildes (ñ), or letters such as ü in German or æ in French. So, make sure that the font that you pick will handle all the characters.

Italics May Not Translate. Some languages don't use italics. If your designer uses italicized text for emphasis, your FLDTP will know the languages that don’t use italics and will emphasize the text in a different way.

Numbers. In the US we use a comma in larger numbers and a decimal point before fractions or cents. In some languages the opposite is true. Your FLDTP will know the audience and will watch for the numbers being presented in a way that is culturally appropriate.  For example, if the project is being translated for an audience in the US, then the FLDTP will keep it in the standard US convention, but if it's intended for an international audience, they will make sure it’s appropriate.

Visuals. Colors have a real effect on how information is received by an audience. Colors have different meanings and connotations in different cultures. For example, white means purity and weddings in the United States, yet in China it means death. Red means happiness, joy, and excitement in China, in India it denotes purity, and in Japan it can mean danger. If your project uses color in a big, bold way your FLDTP will advise you if they believe it could be interpreted differently in the other culture. They will bring their suggestions to your attention and talk about the most strategic way to handle the issue.

Complex Languages. Some languages are more complex to work with in a layout. Languages like character languages or those that read right to left bring their own set of challenges. An experienced FLDTP will make sure that your project lays out correct so that when the audience is reading it, it makes sense. Sometimes the FLDTP will have to change some of the layout or some of the elements to make sure that it's culturally appropriate.

If you are a creative designer and you're creating a project that may need to be translated into a more complex language, make sure that you don't group a lot of elements tightly together. Make the layout more flexible so when the FLDTP goes in to do the other languages, they've got the ability to move elements around and make everything fit in a culturally appropriate way. 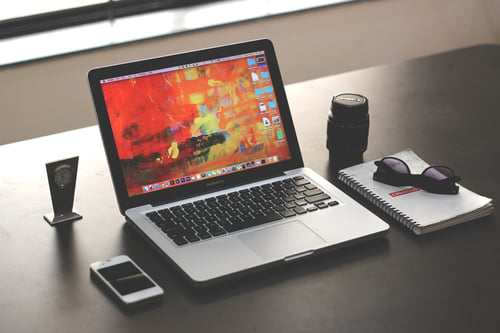 Can an English-Only Designer do Foreign Language Desktop Publishing?

Just as any bilingual person can't be a high-quality translator because that takes a specific set of skills, any designer can't be a quality FLDTP.

First, the person has to have a familiarity with the language and culture because they're going to need to find and fix things that aren't culturally appropriate or aren’t working in the layout.

Second, the more experience the FLDTP has, the quicker, smoother and more accurate the project will proceed. Your FLDTP needs to have the knowledge and experience to know which text to highlight or shrink to make it fit and be relevant.

Third, think about the skill sets and using people to their best ability.  Both designers and FLDTP know design programs.  Yet, a designer is creative, thoughtful and understands design elements.  While the FLDTP is detail-oriented and knows language and culture.  Some people can do both, yet sometimes, it’s better to let people do what they do best.

If you want to save money or you're a designer and you want to try foreign language DTP, what are the risks of doing it yourself?

So, the question really becomes….can your designer do your foreign language desktop publishing? Some can, some can't. As mentioned above, FLDTP don't typically create, they typically focus on the details of adapting the materials from one language to another. So, if you are a creative type, if you are not familiar with languages and cultures, you might want to leave this process to the professional FLDTP. In the long run it's going to save you time and costs. On the other hand, if you're bilingual and you understand the culture of the target audience and you feel comfortable, sure, go for it and make sure that you have your translator review it.

At Rapport International we offer a 100% quality satisfaction guarantee, our translations and our layouts are always guaranteed. When you work with us you can feel confident that your project will be done right and on-time. Contact us for a free assessment and to discuss your project and foreign language desktop publishing needs.