Don’t get Confused – Know the Language of Translation 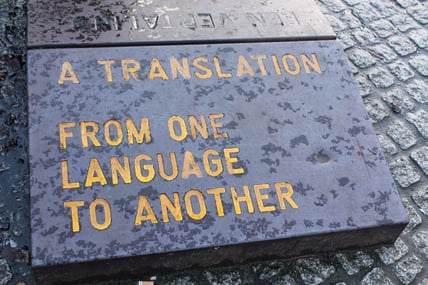 Translation is the conversion of written text and meaning from one language to another. Translation aims to convey the entire text of the source document as well as the meaning.  A professional translator will pay attention to grammar differences in languages, appropriateness of the text, spelling, word order, style, graphics, and concept to make sure the translated material says what it is intended to say.  Straight translation does not necessarily take specific local cultural norms or adaptation into consideration, this type of adaptation is referred to as localization - the process of adapting the language, cultural, and technical content into readily acceptable usage for distinct markets.

One step beyond localization is transcreation. The linguist does not simply translate/localize the materials but takes the idea of the original content and creates new content in the target language to communicate the message. The message and look of the material undergoes “transcreation” from the original language and format so that it speaks to the target audience and follows the target’s cultural norms and customs. This is especially useful when expanding into a market with a culture that is vastly different than the one in which a business was built. 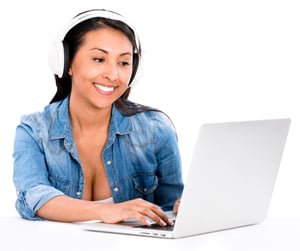 Transcription converts sound to written material. The most widely understood definition is for creating a written script of a recorded interview or deposition.  The transcriber listens to the recording and then writes the words into a document.  Audio transcription is best done in the original language of the recording.  When a client asks for a transcription of an audio file from one language into another, we transcribe the recording into a written form in the original language, and then provide that file to the professional translator to translate it into the target language.

The translation of text from one language to another by computer without human intervention is called machine translation. This process depends the computer’s capacity to analyze the structure of a statement and translate the elements into the same structure in another language. Machine translation offers what we refer to as a “gist translation”. The output gives the user an idea of what the text is about, but it is generally not grammatically correct, and the machine cannot adapt or convey meaning or voice. Human translation is still the only way to get an accurate translation for the intended meaning. 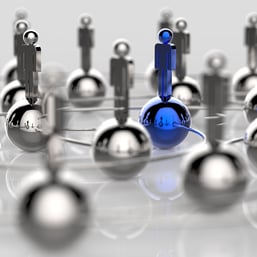 We hope this helps clarify some of the confusing terms you’ll hear in this industry.  If you have questions about Rapport International or any of the terms explained above, please contact us.  And as always, we offer free consultations and free quotes.