At least once a week, we get a request for a Chinese translation and inevitably, the person asks for a Mandarin translation. After we explain why that cannot be done, we explain why and give a little history, so it makes sense.

If you are interested in Chinese translation, interpretation, or understanding the Chinese language, read on to understand more about the language and the history.

Chinese is the language of China’s largest nationality, the Hans, and there are many regional dialects that include the following:

Although, the differences are called dialects, the dialects could be classified as different languages since they are not understood when speaking to each other.

These are the main classifications of the languages, yet linguists estimate that there are 100’s of variations in each category that are mutually unintelligible. The dialects are regionally based and as you move across geography, the changes become so pronounced, people cannot communicate in the same spoken language. There are only TWO forms of written Chinese – Traditional Chinese (TC) and Simplified Chinese (SC).

Traditional Chinese first appeared in the Shang Dynasty (around 1400 BC) on oracle bones and evolved over time to become pictographs on bronze vessels. In today’s Traditional Chinese, there are about 40,000 characters of which about 3000-6000 character are commonly used. Historically, only the upper class learned to read and write. And through the years, the grammar stayed the same even though the pronunciation of the characters changed regionally into the different spoken dialects. The consistency of the written language allowed people to communicate with one written language even if they couldn’t speak to each other.

After the communist revolution, the Kuomintang (KMT) fled to Taiwan and the new Chinese rulers of the People’s Republic of China (PRC) sealed the borders of China. Chinese writers outside of China, in Taiwan, Singapore, Hong Kong, Malaysia, continued to use Traditional Chinese.

Simplified Chinese came about in the post 1949 era of the People’s Republic of China (PRC) who believed the “masses” could learn to read and write.

In 1952, the communist government created the Chinese Language Reform to do the following:

Over the span of four years, the reformers reduced the written language to 2236 characters. About 10-20% of these characters matched the Traditional Chinese characters and others remained similar yet with decreased number of strokes. Plus, they created Pinyin to facilitate learning and unify pronunciation.

Although, it seems like Simplified Chinese would be easy for Traditional Chinese writers to read or for technology to translate between the two, there are some additional components that keep these languages different.

To convert between TC and SC, language packs can be downloaded from Microsoft and there are programs that allow for the conversion between the two forms, yet it’s like using machine translation. Meaning can be lost.

On a side note - When you receive translation services, it is good to ask for your documents in PDF format. Unless you have the language pack and the specific Chinese characters loaded on your program, you will lose the translation. A PDF will hold the formatting so you can see the Chinese characters.

Cultural Issues – For over 50 years, China operated separately from the rest of the Chinese speaking world and language evolved with these differences. In China, the communist government centrally controlled the economy, cultural exposure to other countries, and movement of people. Outside of China, countries had free movement, free markets, travel, and exposure to different experiences. Language adapts to accommodate peoples’ lives and experiences.

Plus, each Chinese speaking country has its own foods, holidays, government, family systems, history, cultural references, idioms, and influences. This added to styles of communication in formality, vulgarity, hidden meaning, and manners. Styles vary more than even the difference between US and UK English. 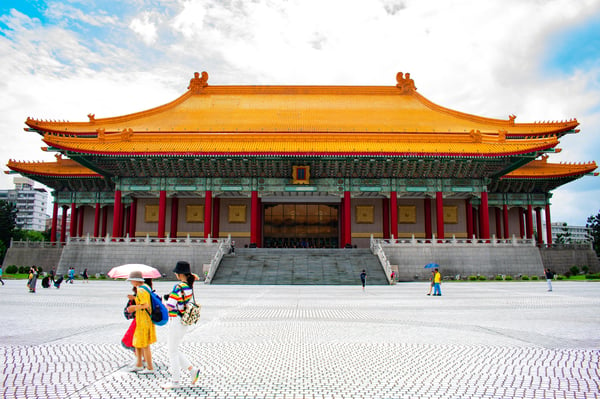 Location specific – In the 1980’s China opened the doors to Hong Kong who then became China’s window to the world. Now, in Hong Kong, it is common to see TC, SC and English used to communicate. Yet, the main spoken dialect is Cantonese. There are certain characters that are specific to Cantonese that are commonly used for certain audiences. When translating, we like to know if the document is formal, where we would use the TC characters only, or if it is a written script that will be spoken. If it is for a script, the translator would include Cantonese characters to connect with local speakers.

In the US, there are many Chinese speakers that write either TC or SC. For accurate translation, again, we need to know the audience. We will ask, where are the people from that will be reading the material. If the requestor does not know, we may ask how old the audience is or what the content is about. Before Communist China opened borders for citizens to travel to the US, the Chinese speakers in the US came from countries that wrote TC. Since there are more people from China in the US recently, a younger audience will read SC. It is not unusual for some clients to request both TC and SC if the material is for a wide audience.

New Terms – As culture evolves so does language. Some words like newly patented words or concepts that exist in one country and not another take finesse whether translating into TC or SC. For example, in China, words like diluted share, vesting, deductible, and vice president may not exist. Making sure your translator is skilled in SC and US culture is necessary to accurately capture these meanings. Whereas a TC translator might already have commonly used terms.

As with any translation, having a strategy for your communications and clarity on your audience makes sure that your translations are done accurately and are culturally sensitive. When you have questions about any languages, strategies, technologies, processes and quality, consider scheduling a consultation with a Rapport International language expert.